Following on from the inaugural conference Safeguarding Children: Tackling Child Sexual Exploitation, Open Forum Events are delighted to be working in association with The Marie Collins Foundation and are offering a further learning opportunity in this difficult but crucially important area of child protection.

The Confronting Online Child Sexual Abuse and Exploitation conference will seek to educate and impart information to support professionals in the execution of their safeguarding duties. The internet and digital technologies have transformed how we learn, communicate and socialise, particularly for young people. The benefits of the internet are immense and children become familiar with its use from a very early age, logging online in a number of settings for a variety of reasons. 99% of eight to seventeen year olds living in the UK have access to the internet through computers, tablets, smartphones and other mobile devices. This has opened up the opportunity for them to freely interact, unsupervised, with strangers and to be exposed to the dangers lurking within the virtual world. They risk becoming victims of grooming, sexual abuse and exploitative situations by predators. In the UK the number of child abuse investigations has increased by 88% since 2012 and information from 20 police services shows that there have been 363 reported cases of online grooming since 2013. This is widely accepted to be just the tip of the iceberg as it is estimated many children, who have encountered harmful or inappropriate content, do not report it.

If your job role involves child safeguarding in any degree, the Confronting Online Child Sexual Abuse and Exploitation conference will serve as a unique platform to hear from the UK’s leading authorities in online abuse and exploitation. Learn about the very latest information and updated thinking from expert speakers, including investigators, report authors and frontline workers. The comprehensive programme has been developed to furnish delegates with improved awareness and knowledge which can benefit their professional roles. Other than the plenary sessions this conference offers an exceptional opportunity to attend an additional workshop, delivered by Tink Palmer, CEO, Marie Collins Foundation, which will cover new ways of protecting children when their abuse has been generated through online activity.

"Welcome and Overview"
09:30
"The Digital Playground and the Sexual Abuse and Exploitation of Children – An Overview"

TecSOS (Technical SOS) is a ‘not-for-profit’ initiative which seeks to support victims of domestic abuse and other vulnerable persons through the provision of a specially adapted mobile phone that enables enhanced access to the police. The TecSOS handset is equipped with the latest tracking technology and can be operated by pressing a single key. TecSOS is an international project and calls are usually routed to the police via the national emergency call system that operates in the country in which it is being used. Within the UK, all 40,000 TecSOS numbers have been pre-loaded into the BT 999 emergency service. This enables the BT operator to immediately identify a TecSOS caller and to ‘announce’ it to the appropriate police control room.

TecSOS is live in 35 UK forces and also in a number of other European countries. Since its launch in 2011, TecSOS has helped over 10,000 UK users (45,000 globally). Independent evaluations have identified a number of proven benefits;

• An 11% reduction in police response times

• Cost savings Two UK forces are currently piloting the use of TecSOS handsets to support victims of Child Sexual Exploitation. Subject to positive evaluations, it is hoped to offer the service nationally.

Two UK forces are currently piloting the use of TecSOS handsets to support victims of Child Sexual Exploitation. Subject to positive evaluations, it is hoped to offer the service nationally

11:45
"The Impact of Online Grooming on a Child and the Family"

A dad whose child is a victim of CSE talks candidly about his experience.

This presentation will include a school’s perspective on how young people of school age interact with each other online, the dangers they face and how the school deals with these problems. Also how the education landscape changed over recent years and how online and e-safety issues are impacting on schools and young people. Lastly, how the school helped a young person cope with online grooming over a period of 5 years and the lessons we have learned.

This will be an inter-active workshop/seminar in which participants will be encouraged to consider the differential nature and impacts of online grooming on children, how young people communicate online, the implications for professionals attempting to protect child victims and for those charged with ensuring the perpetrators are brought to justice. Case examples will be illustrated through DVD clips and handouts will be available on the day.

Which email address are we sending the offline booking form for Confronting Online Child Sexual Abuse and Exploitation? 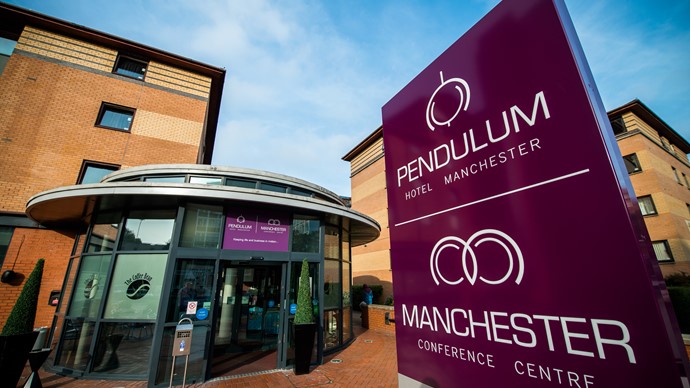