"The result from last June has re-written Britain's political landscape."

After last June's general election results, the democratic socialist leaders of the Labour party have quietened but not silenced their critics. To its members, Labour are transforming into more and more of a well-oiled machine fit to govern a country for the many not the few. However, to opponents, their policies are the stuff of nightmares that will take us back to the 1970s. The annual party conference was held in Brighton this year. Spirits were high and the general media consensus is that the party is far more unified than the Conservatives. Without the general election of this year, it would be a very different story. Only a year ago, Labour were experiencing the same kind of internal war that the Tories currently are. But the result from last June has re-written Britain's political landscape. For the first time since Jeremy Corbyn's leadership, Labour were seriously considered as a genuine threat to neoliberalism's ruling order for the last 40 years. The result legitimised them as an electable party but critics remained sceptical they will improve on it come next time.

The first main talking point of the conference was Shadow Chancellor John McDonnell's proposal to end "wasteful" Private Finance Initiatives (PFIs) and put existing ones back into public ownership. Carolyn Fairbairn, director general of CBI, was one of the first to publicly criticise the plan, stating it "raises a warning flag over the British economy at a critical time for our country's future." This was a reference to Brexit, a topic that was scrutinised by commentators for not being covered sufficiently at the conference. However, shadow foreign secretary Emily Thornberry said of Brexit that the Tories should "end your shambles of a government, and let the grown-ups on this stage take charge."

"Only a year ago, Labour were experiencing the same kind of internal war that the Tories currently are." 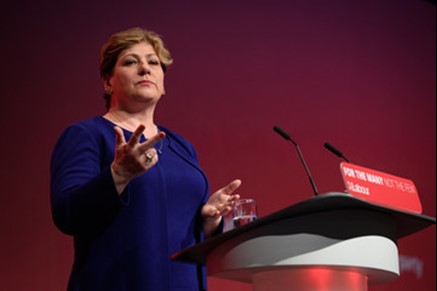 Many other policy areas were covered. In terms of health and social policies, there was mention of establishing a £500m Winter fund, reinstating the student nurses bursary, ending cuts to mental health services and a welcoming attitude to EU migrants. Elsewhere, after a speaker on a fringe event was accused of anti-Semitism, an issue than has arisen relatively often under Corbyn's leadership alone, deputy leader Tom Watson announced a tougher policy to combat this issue. On the topic of abuse, research by Amnesty International showed that female MPs were targeted far more than men during the general election campaign with shadow home secretary Dianne Abbott receiving almost half of all abusive tweets. Corbyn later addressed this, calling for an end to unnecessary abuse in his speech.

Corbyn was welcomed by a three-minute-long chanting of his name before giving his keynote closing address. The cult of personality surrounding him has taken off on an unprecedented scale this year. Anne Perkins of the Guardian notes that "if the heavy policy lifting isn't done, that chant will become a joke." One contributing factor to the popularisation of Corbyn and the party's gains at the election was the activist group, Momentum, which is particularly popular with young people. In a year that has seen the #Grime4Corbyn campaign, the ongoing trend of Marxist Internet memes and Corbyn addressing a packed crowd at Glastonbury, it's clear that Labour are speaking to the youth of Britain more than any other party. Momentum were certainly more than visible at the conference. They hosted their alternative 'World Transformed' events at other venues in Brighton over the three days. Corbyn acknowledged the group in his speech: "Momentum's campaign was so important in the election. But it was important because it brought people together to talk about the issues. I know we didn't win the election, I'm acutely aware of that, but we won a lot of seats, not thanks to the media but thanks to the street campaign." Such is Momentum's influence, young Conservatives have been trying to establish an equivalent to try to revitalise their party.

"It's clear that Labour are speaking to the youth of Britain more than any other party."

Corbyn further declared in his speech: "This is the real centre of gravity of British politics. We are now the political mainstream." His speech, at 75 minutes no less, included mention of rent controls, nationalising utilities and scrapping public sector pay caps. Only time will tell if his claim of "neoliberalism is dead and we are now the centre ground" is true. Whether or not the current left-wing populism Labour are experiencing will translate into more seats in the next general election remains to be seen. We shall have to wait another five years until then, although with the way things are going, several commentators suspect it may be sooner than that.