The Resolution Foundation thinktank has proposed that a £10,000 ‘citizens inheritance’ be paid to every person in Britain upon turning 25; as a means of compensating for the economic disparity between millennials and preceding generations.

Funded by a change to inheritance policy that would see a 20% tax on all gifts or inheritances received throughout a person’s life up to £50,000 and then 30% beyond that threshold. The report states “Younger generations are bearing more risks and holding fewer assets than their predecessors. We need to redress that imbalance if we are to maintain the promise of an asset-owning democracy.”

Millennials who have been priced out of the housing market, charged triple the rate of tuition fees as previous generations and berated by millionaires for their hedonistic affinity for avocado toast will welcome the proposal; others, however, believe that the extent of student debt and cost of housing results in £10,000 being small change in the big picture. Additionally, critics of the proposal question whether, if implemented, would the citizens inheritance be available to everyone upon turning 25 or only to those who meet the necessary qualifying criteria akin to student finance maintenance grants? If it’s the latter, the government implementing the proposal runs the risk of fermenting inequality and resentment amongst an already disillusioned generation.

A typical Brexit week consists of at least one of the following; a Boris Johnson intervention, a bipartisan will-we-wont-we on membership of the customs union/single market, a possible government defeat in at least one of the houses of parliament and the threat of lucrative contracts being awarded to Continental organisations and the remaining EU27 states as a result of Brexit. This week, we got a bit of everything. 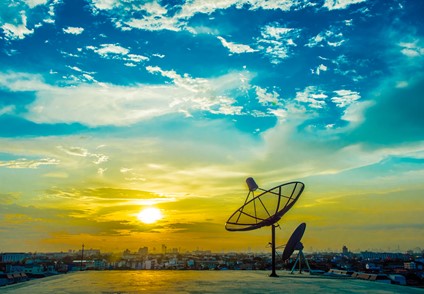 The intervention by Johnson is the latest in a series of disputes between Brexiteers and Remainers making its way from the Cabinet Room to the airwaves; however, with the loss of Remainer Amber Rudd from the cabinet and Brexit Subcommittee, replaced by Eurosceptic Sajid Javid, the Brexiteers may be emboldened to push their agenda as the March 2019 deadline looms.

Johnson’s ministerial backlash against the PM’s plans comes in the same week as Sir Ivan Rogers, the former British ambassador to the EU, rubbished the government’s proposals for a technological solution to the Irish border issue as ‘a fantasy island unicorn model’…

Meanwhile, back on domestic soil, peers in the House of Lords voted through an amendment to the Brexit (Withdrawal) Bill that will give MP’s in the House of Commons a vote on remaining in the European Economic Area (EEA) - effectively a vote on single-market access; membership of which does not factor into the Brexit strategy of the Conservatives or the Labour Party.

This unexpected defeat in the Lords will create further complications for the Prime Minister, who has repeatedly ruled out single-market access and is seen by many as a hostage to hard-line Brexiteers within her Party; who decree the single-market as a barrier to ‘Global Britain’ realising its trading potential with further-flung partners like Australia, China and the United States. For Jeremy Corbyn, single-market membership creates potential problems in enacting his Party’s legislative agenda that emphasises state involvement and re-nationalisation of utilities and transport networks.

Finally, the ground control work for the EU’s new satellite navigation system, Galileo, will move from Portsmouth to France or Germany as a result of Brexit; according to Colin Paynter, managing director of Airbus Defence and Space:

“We have committed, should we win that bid, we will do all of the work in the EU 27 in our sites in France and Germany. One of the conditions in that bid documentation from ESA is that all work has to be led by an EU company from March 2019. Effectively that means that for Airbus to bid and win that work we will effectively novate all of the work from our UK factories to France and Germany from day one.”

The Galileo project is a 26-satellite navigation system designed to provide highly accurate global positioning information for cars, aeroplanes, emergency services, rail and maritime services launched in 2016 to rival the US military’s Global Positioning System. The European Space Agency has ruled that only EU member states can be lead contractors on the project after the March 29th, 2019 Brexit date; as such, the work to lead ground control on Galileo, estimated to be worth €200m, will move from Portsmouth to the Continent should Airbus win the bid to carry out the work.

Lengthy waiting times and late diagnosis are two of the main issues surrounding mental health issues, particularly for children and adolescents. Following the publication of the green paper in December 2017 for children and young people's mental health, many have put pressure on the government to act quicker.

Members of both the Health and Social Care Committee and Education Select Committee have expressed concerns over the government's slow response. The green paper's plans include new mental health support teams in schools, reduced waiting times for specialist support and mental health awareness training in schools.

However, these will only affect a fifth to a quarter of the population by 2022-2023. They also noted that there was not enough emphasis on early intervention, problems of education pressures and social media, and more disadvantaged children.