The scheme received funding from the prime minister’s challenge fund and local clinical commissioning groups Health 1000. Each care home is allocated one GP employed by Health 1000 to provide treatment 8am-8pm every day including weekends.

This initiative has been brought about due to the impracticalities and inefficiencies of care home residents having to visit their GP regularly, who is not always based locally. Different residents will have different GPs who often do not visit care homes or only give phone consultations.

Care home residents are also 40-50% more likely to be admitted to A&E than the general population over the age of 75. It is thought that regular GP visits will reduce their high emergency care attendance by £1,000 per patient per year.

Since the pilot scheme has been a success, Health 1000 are making plans to expand it to all 39 homes in the four east London boroughs. Other CCGs including Hertfordshire have expressed interest in adopting the model.

Cuadrilla chief executive and keynote speaker at the Third Annual UK Onshore Oil & Gas Summit, Francis Egan, has hailed the drilling of the first ever horizontal shale gas well in the UK at the Preston New Road site as ‘a major milestone towards getting Lancashire gas flowing into Lancashire homes’.

Cuadrilla plan to begin drilling a second well at the Lancashire site, with planning permission for an additional two wells already granted; tests carried out by Cuadrilla suggest each well could extract enough gas to power 5,000 homes for 30 years. In a statement released to the press, Mr Egan noted the significance of Cuadrilla’s milestone completion pertaining to the UK’s energy security:

‘From the data we have amassed so far, we are optimistic that, after fracturing the shale rock, natural gas will flow into this horizontal well in commercially viable quantities demonstrating that the UK’s huge shale gas resources can be safely produced and contribute to improving the UK’s energy security.’ 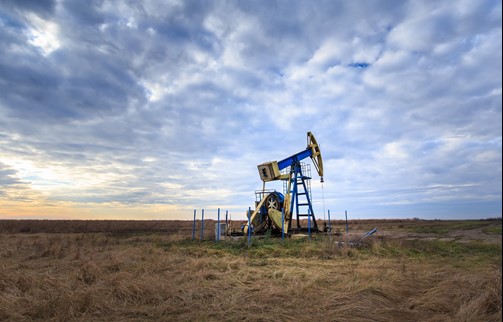 Not everyone shares his optimism. Hundreds of protestors, who have ardently opposed the UK’s onshore industry’s pursuit of hydraulic fracturing were on-site Tuesday to voice their disapproval. Claire Stephenson of the campaign group Frack Free Lancashire noted that the ‘milestone’ coincided with the launch of a three-month campaign against the company’s presence in the county:

‘We have today begun a three-month campaign against this industry. We are resolute in our commitment to ending this industry in Lancashire and the UK. As we’ve stated before, we’ll be here until Cuadrilla is not.’

It is estimated that up to 1,000 Sure Start children’s centres have closed in the last nine years. Official data from the Sutton Trust shows 509 are confirmed as being closed since August 2009, however the charity states that this “understates the true picture.”

A programme that started under New Labour, the centres were initially introduced in disadvantaged areas of England in 1998 before being expanded to elsewhere.

The centres aimed to “deliver the best start in life for every child by bringing together early education, childcare, health and family support.” They have provided a valuable resource for families with young children, especially those more disadvantaged.

The Sutton Trust has stated that the incompletion of their figures is due to there being “no clear definition of a children's centre, with a large number of 'linked sites' counted by some authorities but not by others. Many closures announced locally were not yet reflected in the database.” It was also found that 84% of councils who had chosen to close these services cited financial pressures as a reason.