Children today face numerous safety risks. In recent years, the issue of safeguarding children has received more and more media attention. Multiple high-profile cases have shed a greater light on protecting society's children. This has contributed to a large increase in demand on already-strained resources. Threats to children's safety include social care, domestic abuse, social and mainstream media, radicalisation, funding cuts for children's services, trafficking and concerns for migrant and refugee children. The answers to many of these issues emphasise the importance of early intervention. Solutions need the kind of complex thinking required to tackle often very complex problems to ensure better protection of children. Open Forum Events invites you to our Safeguarding Children: Finding Solutions for Better Protection conference to analyse and discuss these pressing issues.

In the last year, there have been initiatives to safeguard children in different ways. Ofsted launched the Social Care Common Inspection Framework which came into full effect in April 2017. The policy introduces a new inspection for all organisations involved in the protection of children, focusing on children's experiences and progress. The Children and Social Care Act was also passed in May 2017 which gave more clarity on the role of councils as 'corporate parents' including better mental health services and compulsory sex and relationships education in schools. It also set up Social Work England (SWE) to replace the work done by the Health & Care Profession Councils (HCPC). The Digital Economy Act also passed last Spring further protected children from online pornography. At a lower level the pioneering Operation Encompass, founded by two ordinary people in Plymouth, is designed to improve communication between police and schools to provide better support to children affected by domestic abuse.

Comprehensive reports published throughout 2017 have scrutinized government policy towards services affecting children's safety and well-being. These include the NSPCC's 'How safe are our children', Respublica's 'Making Young Minds Matter' and Ofsted's annual report, which all contribute to the discussion around child safety. To make more long-term improvements to services affecting children's well-being, there needs to be a more pro-active effort at every level. All bodies who come into contact with children need policies to ensure the safeguarding of children.

In August 2017, the Local Government Association (LGA) reported that 75% of councils in England overspent on their children's services budgets in 2015/16 by more than half a billion pounds. Council leaders have argued they are being pushed to breaking point. The LGA also found that the Early Intervention Grant had been cut by £500m despite a 140% rise in children subject to child protection enquiries over ten years since 2005/06. It is evident from these figures that huge improvements are no longer simply wanted, they are needed.

A further fundamental issue is the breakdown of communication and efficiency between the many bodies who play a role in safeguarding children. The Wood Report 2016, a review of local safeguarding children's boards (LSCBs), aimed to address this. It found that there was a failure of said bodies to share information between each other in sufficient time. Recommendations sought to improve multi-agency coordination, reduce bureaucracy and increase accountability. The government's response to these recommendations included improving links between local authorities, police and health services. This conference will consider this whilst also broadening the agenda and focus on the many issues affecting children's safety.

Much of the recent issues around safeguarding children have also been caused by a change in technology. "[Children] have all sorts of rights that we've signed up to in the physical world, it's now time to extend those to the digital world," said Ann Longfield, the Children's Commissioner for England. Issues of online safety often arise due to a lack of clarity. Legislation like the Digital Economy Act and campaigns like the NSPCC-led Flaw in the Law have helped clear up murky waters surrounding children's online protection but there is still much to be done.

Other problems affecting children's safety are often too stigmatized for individuals and groups to talk about honestly and openly. Child grooming, abuse and trafficking are all too common for a society in the 21st century. Children in care can be particularly vulnerable to this as there is too often no one looking out for them. In October 2017, it was reported that there are over 72,000 children in care, up by 3% on the previous year and the highest rate in seven years. Moreover, 90 children a day are taken into care, with social workers "firefighting" the most serious cases well into the night. Care leavers also do not receive sufficient care once they reach adulthood. Refugee children who enter the country unaccompanied by an adult come under the responsibility of local councils who are struggling to cope with the amount of people whilst on tight budgets. Finally, as the political landscape becomes increasingly polarised, certain children are more at risk of being radicalised and posing a threat to others.

(Note: Children refers to anyone aged under 18)

Registration and Networking in the Coffee Area

There are numerous safeguarding issues that children face. Institutions need updating and improving in order to ensure their safety.

The Wood review's (2016) recommendations for multi-agency safeguarding procedures aimed to support practice leaders to develop and deliver a national system for protecting children that rewards initiative and innovation and ensures a focus on improving service outcomes.

SAVE Association is primarily a survivor led community founded charity and is led by Ian Ackley, Derek Bell, Paul Stewart and David White who were all victims of childhood sexual abuse in the football setting. All were gifted footballers who were sexually abused by their football coaches in the early 80's. Their survivor presentation addresses the issues surrounding why children simply do not disclose sexual abuse and the coping strategies children use to survive sexual abuse. They talk candidly about their abusers grooming methods and how they secured them as victims and groomed their families. They describe the negative impacts they have experienced as adults, including drug abuse, failed adult relationships, mental health issues and suicide attempts.

At what point they made the brave decision to disclose and the fallout that followed. Barry Bennell was recently convicted to 31yrs for the sexual abuse on several footballers including Paul and David. The presentation is a journey through the lives of survivors and how they in fact survived. What is the future for them as individuals and the positive work they have and are now doing through SAVE (safeguarding and victim engagement) with survivors, professionals and families to safeguard against child abuse. The four are now trained to the highest level in safeguarding and recently have trained themselves as professional educators to deliver safeguarding training.

Children today have never known a world without the Internet, and for so many the Internet provides huge learning, connection and entertainment. However we know that children also face online risks, from issues of cyberbullying and harassment, to issues like oversharing content, sexting, grooming and radicalisation. This session will look at how schools can engage young people in more creative ways, as co-educators, to not only recognise and manage risks, but to be effective digital citizens, able to use online technologies positively and effectively.

A significant proportion of the evidence that we generate in health and social care is not put into practice. Several organisations are working to tackle this problem so that this investment in evidence doesn’t go to waste. One of those is NSPCC, which is taking a range of new, evidence-based programmes to scale in order to have a positive impact outside of their own service delivery. The NSPCC’s Scale-up Unit uses the latest implementation science and behavioural change methodologies to promote the adoption and successful use of evidence and has been evaluating their approach to better understanding of what works in the context of UK health and social care.

Social work is often under scrutiny. A new data driven campaign, 80/20, will try to change working conditions for social workers to be able to spend 80% of their time in direct contact with children rather than the 20% they currently spend, according to BASW data. Social workers need less paperwork, less red-tape, more direct contact with children. A direct relationship based practice will lead to better outcomes for children.

This session will analyse the rapidly changing context around safeguarding children including issues of child sexual abuse, children missing from home, trafficking, modern slavery, FGM and forced marriage. Case study examples will be used to illustrate the issues.

Joint Targeted Area Inspections have been in place since 2016. These are multi-agency inspections carried out by Ofsted, CQC, HMICFRS and HMI Probation focusing on responses to abuse and neglect across partner agencies. Wendy Ghaffar will reflect on the learning from the last two years of inspections both in respect of the inspection process and the learning from the key themes of inspection. This includes child exploitation and children missing, domestic abuse, the neglect of older children and some initial findings in respect of the current theme, criminal and sexual exploitation.

This presentation will look at the unique challenges facing unaccompanied children in the asylum system, their rights and entitlements, and how local authorities can best support this group. It will include an update on significant developments in law and policy, including the government’s Safeguarding Strategy, new statutory guidance on unaccompanied migrant children, age assessments and the operation of the National Transfer Scheme.

This presentation will explore why young people in care are disproportionately more disadvantaged than the general population of young people and how we can all work together to ensure that care leavers have better health outcomes.

Neglect is widely known to be the most prevalent form of maltreatment. Yet until recently it received relatively little attention in safeguarding. Neglect of adolescents still remains largely unacknowledged. There are many reasons for this. There is a misinformed view that young people become naturally resilient as they mature and another that neglect is less harmful than abuse. But a fundamental problem has been researchers failing to bring clarity to debates on the complex issue of adolescent neglect. This presentation will share the early findings, informed by young people, from The Children's Society's ground-breaking research programme on adolescent neglect. It begins to answer at least some of the conundrums of adolescent neglect and to inform improvements in policy and practice.

Which email address are we sending the offline booking form for Safeguarding Children: Finding Solutions for Better Protection? 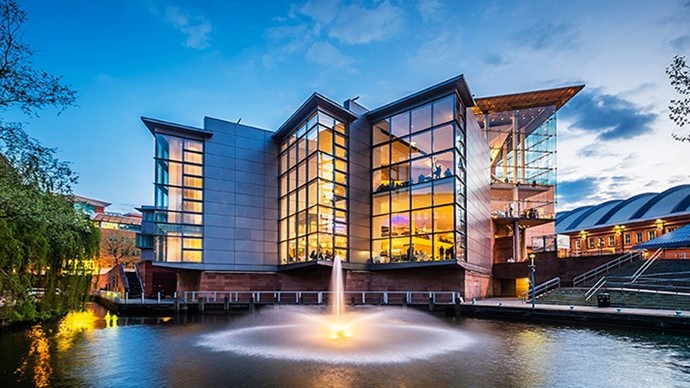 Construction of The Bridgewater Hall commenced on 22 March 1993, but the idea of a new concert hall for Manchester dates back to the reconstruction of the Free Trade Hall in the 1950s after wartime bomb damage. The Free Trade Hall was home to the city’s famous Hallé orchestra and also hosted rock and pop concerts. However, despite holding great public affection, the 1850s Free Trade Hall was ill-equipped to respond to the rising standards of service and acoustic excellence demanded by performers and audiences.