Our 4th Annual Urgent Care Conference: Delivering Integrated Solutions will address how we can avoid crises like that of the winter of 2017-2018.

Supported by NHS England, NHS Digital and the Royal College of Emergency Medicine, this timely event will examine in detail the many facets of urgent & emergency care and what can be done to improve the situation and provide practical solutions including the recent LGA green paper.

Delegates will hear from leading professionals who will examine how efficiencies within primary, ambulatory, social and community care have been successfully implemented. The event will showcase practical examples of service development and integration and the role of digital technology.

The urgent care system is at breaking point. NHS figures from the winter of 2017-2018 were the worst on record with January 2018 marking the 30th month in a row that the four-hour target has been missed. This was even after the large-scale cancellations of non-urgent treatment that occurred in order to prioritise urgent and emergency care. Over 80,000 patients waited on trolleys for more than four hours at A&E in January, 1,000 of which were waiting for over 12 hours - the highest numbers since records began.

Sustained austerity measures over the last several years have led to reports regularly hitting the headlines of the continuous problems within urgent care. Bed-occupancy for overnight acute beds have risen from an average of 87.1% in 2010-11 to 90.4% in 2016-17. Some hospitals have been at 95%. In addition, 13% of patients spent longer in A&E than the four-hour standard during 2016-17.

The amount of day-only beds (used when patients require same-day procedures) has risen by over 520% since 1987-1988. With the UK population expected to grow to 74 million by 2039, increasing and improving NHS capacity as a whole is becoming ever more important. Moreover, with an ageing population to take care of and, with those aged over 80 having the highest rates of A&E attendance, there is likely to be ever more strain on urgent care services. Our conference programme will examine in detail the many facets of urgent care and what can be done to improve the situation and provide practical solutions.

The NHS is under unprecedented strain. Nationally the NHS has failed to hit any of its main targets in each of the last 12 months, including the system benchmark of seeing 95% of A&E patients within four hours. A&E Departments built fifty years ago to see maximums of 350 patients a day are recording 500 to 700. A&E units managed to treat and then admit, transfer or discharge just 77.1% of arrivals within the four-hour target in January 2018. Staff are overworked and patients are feeling the impact. Over 80,000 patients waited on trolleys for more than four hours at A&E in January, 1,000 of which were waiting for over 12 hours - the highest numbers since records began. Furthermore bed occupancy levels in hospitals were recorded at 95% in January 2018, far above the 85% limit that health experts have stressed should be the maximum in order to prevent the spread of infection diseases such as MRSA.

Alongside the increasing rise in patient demand for urgent care there are additional pressures on health and social care resources. Demand for NHS services is rising at around 4% a year but funding is rising at the slowest rate since the service was founded in 1948. In the last seven years NHS funding has risen in real terms by 1%, prior to this was at 4% each year, and this financial year it will be 0.7% meaning that trusts will again be tasked with making savings. A study from January 2018 ‘Population and patient factors affecting Accident and Emergency Department attendance in London: an analysis of linked primary and secondary care records’ by Queen Mary’s University showed that the sheer number of patients, rather than a lack of GPs, is causing more A&E admittances and therefore longer waiting times. The research further indicated that A&E attendances had tripled over the last 50 years.

So how can our healthcare services ensure next winter care improves? Winter 2018/19 is coming and with it the well recognised conditions that create sudden surges in demand or reduce the NHS’s ability to meet this demand. Usual suspects include influenza-like illness, respiratory diseases associated with colder weather, and infectious winter vomiting bugs like norovirus that can close entire hospital wards. These impact on NHS staff as well as patients, further adding to pressures on services as staff sickness increases over winter. Bed-blocking remains a major problem for many hospitals and this is especially true in winter. There was only one day last winter where bed occupancy was under 85% - Christmas Eve.

Pressures on social care are adding more strain on urgent care. Fullfact have reported that the number of elderly people being rushed to A&E from care homes has risen by 62% since 2010. This only adds to the huge pressure already on A&E services. NHS figures from 2017 have shown that up to 100,000 patients over the winter had to wait in ambulances before being able to enter A&E due to overcrowding. A lack of patient awareness of what medical issues require urgent care also contributes to over-demand. Initiatives such as the Patient Awareness Measure (PAM), multispecialty community provider vanguards, the 111 System and the recent Stay Well Pharmacy campaign have aimed to ease patient flow. Reflecting on how these programs have been received will further help shape improvements in urgent care.

Of the four home nations, Scotland is leading the way in meeting the four-hour standard. This is followed by England, Wales and Northern Ireland respectively. Comparing different systems is a useful tool to understand the best approaches. There is not one simple solution to the urgent care crisis but it is clear a more whole-system approach is needed. Gathering the necessary data and looking at evidence to find best practices will help improve urgent care. Different services are too often inadequately joined-up such as sufficient social care not always being in place for patients upon being discharged from hospital, thereby leading to delays. Different stages of care such as primary, ambulatory, social and community and others must be more integrated.

"When Seconds Count: How Technology is Transforming Urgent and Emergency Care"

There is somewhat of an 'eternal winter’ engulfing acute medicine’s role in managing the urgent care crisis. Sue's talk will address how acute medicine evolved as a specialty, becoming the backbone in hospitals (once admission is inevitable) of flow. She will also touch on ambulatory care and admissions avoidance.

10:10
"Maximising the Benefit of Phone Assessment Through NHS 111"

NHS 111 can play a vital role in getting people to the right service, and in helping to not impinge further on the urgent care system. However, in many areas they do just the opposite with too many people attending A&E. It is also a vital part of making sure that the local urgent care system is truly integrated.

"Matching capacity with demand through the cloud"

Whether in hours or out of hours, GPs are the frontline for change within our NHS. But there’s a huge mismatch between what they’re being asked to do and those available to do it. Something’s got to give. How can technology help us to match GP capacity with patient demand, while joining-up primary care, 111, out-of-hours and urgent care providers to deliver integrated urgent care? The answer’s in the cloud.

Delegates will have the opportunity to ask questions to speakers from Session 1.

Escalating funding pressures and increasing demand are threatening services that improve lives and communities. The new Chairman of the LGA Wellbeing Board will be speaking on the LGA green paper to address this, published on 31 July and the consultation period ending on 26 September.

12:20
"From Hospitals to Community Care"

Community care, such as nursing homes, residential homes and sheltered housing, play a vital role in social care and is often where patients being discharged from hospital are directed to if they still need care. The numbers are growing due to an ageing population. How can we improve transferring patients from hospitals to community care facilities?

The ECDS dataset and ICS framework open up a number of avenues for the use of population health management techniques in urgent care for direct intervention. This talk examines the implications and the current applications of these approaches including details of their use in planning for this winter.

Delegates will have the opportunity to ask questions to speakers from Session 2.

Session 3: On the Frontlines & Comparing Systems

Of the four home nations, Scotland is leading in terms of urgent care. 95% of patients are seen and discharged in four hours or less. What can the rest of the UK take from Scotland's system and improve their own?

14:40
"Looking at our Ambulance Services"

Reports of severe ambulance delays have been making national news too often in recent times. This session will address integrated urgent care from an ambulance perspective, including covering some of the central drivers and Ambulance Trust responses.

Panel Discussion: Preventing a Recurrence of the 2017-18 Winter Crisis 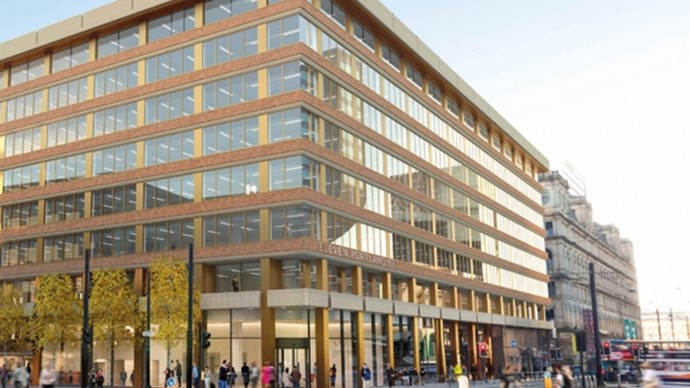 The new etc.venue in Manchester is the centre of a transport hub within easy access of mainline and tram stations (in fact the tram stops right outside our door!).

Situated across the 8th floor with fantastic views over the city and an abundance of natural light; the venue conference suite is made up of 15 rooms of various sizes including a self contained event wing along with other smaller rooms and suites ideal for meeting and training events.

The building contains all the usual touches you would expect from etc.venues including vibrant design, state of the art tech and on site catering with our own chefs are.