Beleaguered President’s often turn to foreign policy when domestic politics aren’t playing out in their favour. Embroiled in a very public legal battle over the ‘hush-money’ payment to adult film star Stormy Daniels and subject to the Special Counsel investigation exploring possible links between Trump’s 2016 presidential campaign and the Russian government; the President has his sights firmly fixed on the optics of brokering the biggest deal of all time- denuclearisation of North Korea. Now, according to a statement issued by the North Korean Central News Agency, the summit is jeopardy.

In a warning to the United States, North Korea’s deputy foreign minister Kim Kye-gwan made it clear that the DPRK was not interested in negotiations that would see the state unilaterally surrender its nuclear arsenal; citing similar decisions by Mummar Gaddafi and Saddam Hussein as precursors to the demise of their government administrations and deaths: ‘This is not an expression of intention to address the issue through dialogue. It is essentially a manifestation of awfully sinister moves to impose on our dignified state the destiny of Libya or Iraq which had been collapsing due to yielding the whole of their countries to big powers.’

This latest twist in the narrative surrounding the summit was followed by an announcement that negotiations between North and South Korea, due to take place this week, were postponed by DPRK just hours before they were scheduled to begin; citing joint military exercises between the United States and South Korea as the reason for the state’s withdrawal. A statement issued through the KCNA, the state news agency of North Korea, decried the military exercises as displaying contempt for the terms of the Panmunjom Declaration that made international news last month:

‘This exercise targeting us, which is being carried out across South Korea, is a flagrant challenge to the Panmunjom Declaration and an intentional military provocation running counter to the positive political development on the Korean Peninsula... The United States will also have to undertake careful deliberations about the fate of planned North Korea – U.S summit in light of this provocative military ruckus jointly conducted with the South Korean authorities.’

Spokesperson for the US State Department, Heather Nauert, expressed surprise at the viewpoint taken by DPRK given Kim had previously said he understood the necessity for the military exercises; going on to state that the United States will ‘continue to go ahead and plan the meeting between President Trump and Kim Jong-un.’ 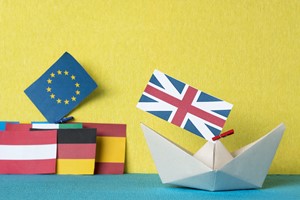 A new research study published by the Kennedy School of Government at Harvard University has concluded that the UK would not benefit from a free trade agreement with the United States.

The report, titled On the Rebound: Prospects of a US – UK Free Trade Agreement is the third in a series exploring the impact of Brexit on British businesses as well as the prospects for, and potential impact of a free trade agreement between the two nations. The paper based its findings primarily on interviews with senior government officials on both sides of the pond, economists, trade experts, companies and trade associations from the UK, US and Europe.

The 57-page report concludes that:

‘We can summarise the prospects and potential of a US – UK FTA across five dimensions – strategic interest; timeline and capacity; tariffs; non-tariff barriers and regulations; and politics and negotiability… The conclusion is clear; a US – UK FTA is only going to happen if the UK makes concessions that are unlikely to be politically acceptable and in any case, promises relatively limited upside for UK business. However, the importance of such a deal to the overall Brexit narrative (and specifically, to the case of leaving the customs union) means that the government is likely to continue to behave as if negotiating an attractive deal with the US remains a realistic possibility.’

One of the authors of the report, famed dancer and banjolele-player turned Harvard Research Fellow Ed Balls (some may remember him as Shadow Chancellor of the Exchequer between 2011 – 15) appeared on the BBC’s Today programme on Wednesday morning to discuss the feasibility, or lack thereof, of an FTA being reached between the ‘special partners’:

‘We’ve talked to many people on the record, but of course the senior negotiators at the US Trade Representative, the trade negotiator in America, in the Brexit department here (in the UK) are more cautious about being on the record. But they were very clear with us that, first of all, the chances of doing a deal quickly are very low. Secondly, if we are outside the EU, our power to negotiate with the US is much lower. But also the kinds of things that America would want, in terms of tariff reductions and changes in regulation, would be extremely difficult for British business and consumers to deal with. And the general view was, actually, its not really going to happen. So if the idea is you leave the customs union and get the free trade agreement and that will be better, our conclusion is that it is a complete fantasy.’

The New Cost of Retirement… And Rail Fare 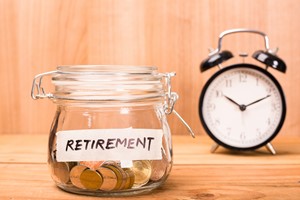 Millennial's just can’t catch a break. According to a new report from Royal London – ‘Will We Ever Summit the Pensions Mountain?’ the average person will have to save £260,000 over the course of their lifetime in order to enjoy a basic income in retirement; that’s assuming they own their home by the time they reach retirement age. For those that are unable to get onto the property ladder, the figure rises to £445,000 to account for the large private rental bill that is expected to factor into the finances of one in three retirees.

The author of the report, former Liberal Democrat Member of Parliament and Minister of State for Pensions in the Coalition government, Steve Webb, who now serves as Royal London’s director of policy, spoke about the circumstances facing the millennial generation as they approach retirement age over the next two decades: ‘We can no longer assume that we will be mortgage-free homeowners in retirement. For those unable to get on the property ladder during their working life, a large private rental bill needs to be factored in to retirement planning.’

Millennials’ future finances took a second blow this week, when it was announced that plans for the new 26 – 30 railcard that entitles card-holders to a third off most ticket prices in England, Scotland and Wales are to be scrapped.

The scheme, first announced by Chancellor Phillip Hammond at the Budget statement in March, has suffered a number of setbacks during the rollout. On the day of its release, millennials flooded the 26-30railcard.co.uk website at such a rate that the site crashed and made buying the railcard almost impossible. To further compound the problem, despite the volume of people attempting to purchase the card, only 10,000 were made available and rolled-out exclusively in areas serviced by Greater Anglia.

The finger of blame is being pointed towards ministers and departments who appear unwilling to shoulder the cost of the scheme; with a Treasury source quoted in several newspapers as saying: ‘No-one wants to pay for it.’