As a follow up to the highly successful ‘A New Strategy for Sport’ conference, hosted in Spring 2016, Open Forum Events are pleased to present a further opportunity to bring together like minded individuals and stakeholders to focus on the issues that matter in the world of sport.

In recent months, the integrity of sport has been called into question on numerous issues. The Standards in Sport: Ethics, Integrity and Governance conference is a timely event and will seek to promote standards and address some of the challenges to ensure all sporting activities adhere to robust codes of conduct and strong moral principles.

According to the latest research from the Active People Survey published in December 2016, nearly 16 million people over the age of 16 are playing sport at least once a week. In 2015/16 nearly 81% of 5-15-year-olds stated they had participated in a competitive sport in the previous 12 months with a third of this activity having taken place outside school.

With sport proving to be such an integral part of national life it is imperative that it is managed in an appropriate and irreproachable manner. Revelations about sexual abuse and corruption in football, widespread accusations of doping, claims of gender inequality and sexism, plus further discrimination issues on grounds such as race, sexuality and disability have placed sporting organisations under acute scrutiny.

The Standards in Sport: Ethics, Integrity and Governance conference will consider the issues that are threatening the integrity of sport in the UK and seek to find the answers to ensuring that the ethical principles of sport governance are upheld and strengthened. The agenda will feature expert speakers with experience in preserving the ideologies of sport participation against a background of mounting threats.

Delegates will have the opportunity to gain an understanding of the new charter for sports governance which will affect all organisations who are, or looking to be, recipients for public funding. The challenges of achieving organisational excellence and integrity across a number of other contentious matters such as safeguarding, inequality and doping will also feature as part of the plenary programme. Don’t miss out on this comprehensive insight into reinforcing sporting standards and preserving moral codes of conduct through good governance.

Britain has had a long and envious history in sport. Seen as the birthplace for the modern games of football, tennis, rugby golf and cricket, sport has always taken a strong position in society contributing to human and social development.

Engaging in sport and physical activity offers a wealth of benefits; human, social and economic. Improvements in health and wellbeing, along with social and interpersonal developments can make significant impacts on the lives of individuals and the communities they live in. Whether it is as participant, volunteer or spectator sport is very firmly part of the nation’s psyche.

Like any other business, the management of sport needs to adhere to strict codes of conduct and governance. In the UK, sport enjoys a high level of integrity, however, a new charter for sports governance has been published for publicly funded organisation to further build on standards. The code comes at a time when sport is under acute scrutiny. Alleged state sponsored doping by Russia; child sex abuse scandal in football; calls for the board of the FA to resign as they are charged with being ‘out of touch’ and sexist; corruption at the highest of levels; gender inequality and discrimination against minority and vulnerable groups are all threatening the very core of sporting ethics.

Previous Acting Minister for Sport David Evennett said:
‘Sport has a unique power that improves the lives of millions of people in the UK so it is only right that we do all we can to ensure that sport bodies uphold the highest levels of governance and integrity.’
‘Governance in publicly funded sport is at a good standard in this country but we cannot be complacent. The new code will mean a more consistent approach so that organisations know exactly what is expected. Sport bodies have to be accountable for the public money they receive and we are absolutely clear that those that do not adhere to the new code will not receive public funds in the future.’

The code will be operational from April 2017 and will apply to those sporting bodies wishing to be recipients of public funds and is based on the below key elements:

The code aims to address some of the significant challenges facing sport. Gender inequality is being specifically addressed with target sets for an increased number of women to sit on boards of large sporting organisations. These targets also apply to men of underrepresented groups, whilst a consultation will take place on the introduction of other specific targets including for BAME and disability representation on boards.

Any quality governance code must strongly support safeguarding vulnerable groups and child protection and have the necessary procedures to endorse this crucial process. Eradicating illegal drug use, financial propriety and transparency also form the foundations of integrity and governance.

Join us at the Standards in Sport: Ethics, Integrity and Governance conference where we will discuss the importance of maintaining high standards within sport. We are proud to introduce to you a programme of expert speakers who will discuss the latest developments in terms of compliance with the charter and focus on the most important aspects, which, if neglected, will bring sporting integrity into disrepute. This bespoke programme has been designed to give delegates maximum opportunity to question and debate with the plenary speakers the issues of the day whilst ample networking time will allow for peer discussion and introductions.

"Good Governance: A Challenge for all Organisation"

This session will cover the importance of good governance in every sector, not just the sporting world, and the challenges that face most organisations.

The governance in the publicly funded sport sector in the UK is recognised to be of a good standard with many exemplars of sports organisations with outstanding governance and exceptional leadership. To further build and improve on this achievement a new Governance Code for Sport has been created to reinforce the existing governance requirements of UK Sport and Sport England and set out the governance standards that will be expected of sports bodies seeking public funding with effect from 2017.

10:10
"The Invisible Child and Safeguarding in Sport"
10:30
"A Charity’s Perspective on Creating Equal Opportunities in Sport"

This session will give an insight on how Kids Run Free have brought down barriers of age and ability to make sporting opportunities available to all.

"Improving Board Effectiveness in Sports Bodies"

This session will present the guidance recently produced by ICSA detailing various boardroom activities and behaviours that can contribute to the effectiveness of sports bodies. It will also introduce the results of recent ICSA research on identifying, assessing and improving aspects of the governance culture within organisations.

12:05
"The Business Case for Diversity: Driving equality and inclusion from boardroom to grassroots"

The need for all sporting bodies to drive diversity, equality and inclusion at all levels is crucial to ensure fairness and true representation. Understanding the barriers for under-represented groups will help tackle the current imbalance and will encourage all sections of society to participate in sport.

Recent revelations of alleged state sponsored doping in Russia has reaffirmed the monumental challenge drug taking in sport presents. Not only does it impact on the integrity of sport but puts the health of athletes at significant risk. The quest to seek out the cheats and those looking for an unfair and illegal competitive edge, however, the effectiveness of the methods used to eradicate drug use continues to be debated.

Sporting Equals works with the Sport Delivery System to enable greater inclusion and equality for Black, Asian and Minority Ethnic groups. One positive example is its work with the Tennis Foundation to help engage under represented groups. The project has enabled wider access through the creation of serves site across the country in local community and faith based settings increasing involvement and access to tennis.

With the launch of the Government’s recent sports strategy, there has been an increased emphasis on measuring outcomes and understanding real impact. As a funder, we have always tried to be innovative in our use of technology to help our grant recipients, and aid our own understanding of whether we’re being effective, with a focus on being open and transparent about the challenges we’ve faced. This session will look at why impact measurement matters, the importance of collecting accurate data and what this actually means in relation to your outcomes, including a recent case study from the London Legacy Development Corporation.

In today’s environment sports bodies need to demonstrate openness and transparency, and be prepared to hold themselves accountable. These are key ingredients for building trust with their stakeholders.

Infonetica works with organisations to streamline their governance processes. Through implementing one of Infonetica’s systems for online ethics review, the NHS managed to significantly decrease the time to approval for clinical trials held in the UK. This session will outline some of Infonetica’s learnings from working within research integrity and governance, and suggest areas of overlap with sport.

The Sport Integrity Global Alliance is the only organisation to bring together sport, governments, academia, international organisations, sponsors, business, rights holders, NGOs and professional services companies, from every region in the world, around a common cause of fostering greater integrity throughout sport.

Which email address are we sending the offline booking form for Standards in Sport: Ethics, Integrity and Governance? 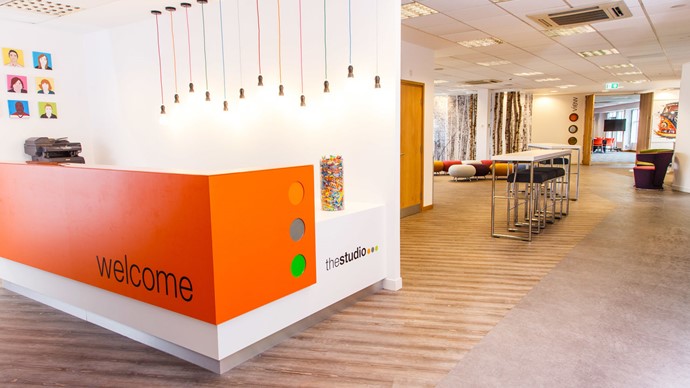 Situated at the heart of the city, just a hop, skip and jump away from all major transport links: thestudiomanchester has much more than 10 vibrant spaces to offer. Whatever the legendary Manchester weather has to throw at you, you’ll always find the warmest of welcomes at thestudio.